As part of a set of shareable videos for one of our clients we were called to make a variety of types of content. This shoot was in a... 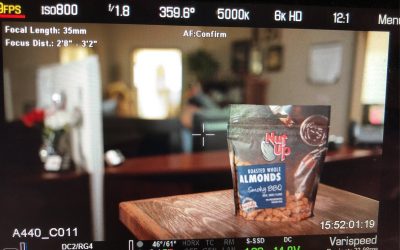 We have spent several months working with Roche Brothers Incorporated Almond Company and their affiliate Nut Up Industries on a...

We just had an amazing filming day with our friends at Barkley Films. They came all the way from Kansas City to our beautiful...

Establishing Credibility For The Bone Store Testimonial interviews with real people inexperienced in performing on camera, can...

Sometimes you have to roll with a simple set up and understand that content is king. We had a great shoot capturing powerful stories...

Well, it wasn’t the prettiest studio shoot today, but what was in front of the lens looked pretty decent. Cars or “Shooting sheet...

We had an amazing day filming a very fun car commercial for our Friends at Lithia Ford of Fresno. Looking forward to working with...

Here are some BTS images from our last shoot with our 51FIFTY and Mendez Media friends. We had an amazing production day in Fresno...

Blare Media was very excited to once again work with one of our favorite companies, Windsong Productions, on their campaign for San...

We frequently collaborate with Jon and Jean-Luc Slagle of Scope Studios and very often during the last 9 or so years we’ve gotten to...