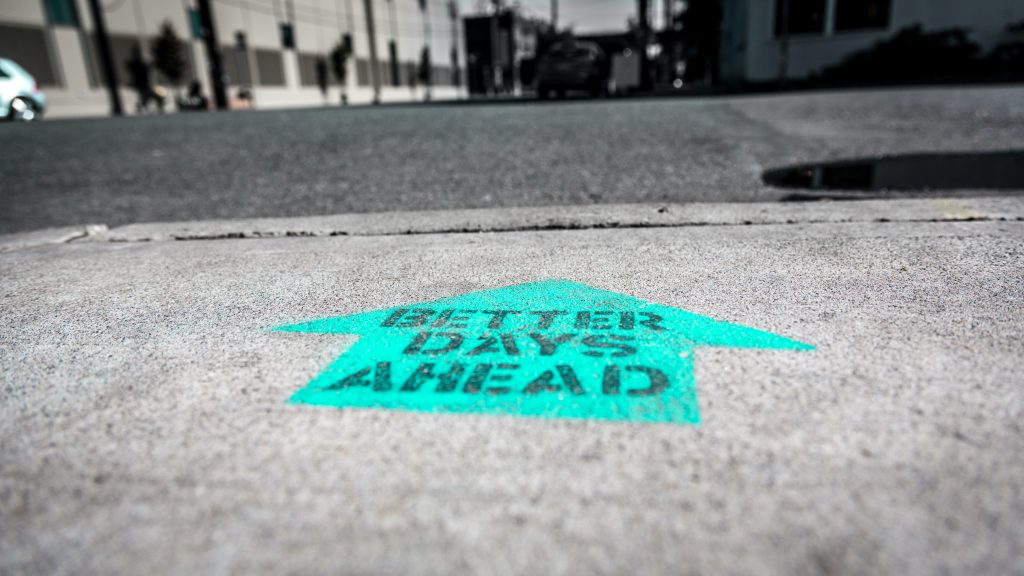 The Power of Positive Thinking can help filmmakers (or anyone else for that matter) overcome many of the obstacles that seem to be keeping us from reaching our goals.

In fact, studies reveal that optimistic people can and often do enjoy better love lives, improved health, and higher levels of income.

“Because positive emotions arise in response to diffuse opportunities, rather than narrowly-focused threats, positive emotions momentarily broaden people’s attention and thinking, enabling them to draw on higher-level connections and a wider-than-usual range of percepts or ideas. In turn, these broadened outlooks often help people to discover and build consequential personal resources.” – Author Manuscript

That said, if your goal is to get a film funded, or secure a part in what promises to be a blockbuster, or even launch a new business venture, a degree of optimism certainly could be useful in focusing your thoughts in a more productive direction.

The dictionary defines Pollyanna as an excessively cheerful or optimistic person: with an emphasis on excessively.

The Pollyanna Principal stems from Pollyanna, a 1913 novel written by children’s author Eleanor Porter and a 1960 Disney film starring Hayley Mills. Pollyanna was an upbeat, cheerful girl whose good feelings affect her whole town ultimately. Pollyanna has become a byword for someone who, like the title character, has an unfailingly optimistic outlook.  Polyanna

The Pollyanna Principle is the brainchild of researchers Margaret Matlin and David Stang: Their paper, first published in 1978, refers to a natural tendency for humans to focus almost exclusively on the positive and use only positive expressions in daily conversations.

But can the Pollyanna Principle be helpful those of us who write, direct or otherwise produce films? Well, given the very low percentage of screenplays actually produced, the answer has to be “yes.” As the proverb says, “there’s many a slip ‘twixt the cup and the lip” so a bit of optimism may be useful going the distance and overcoming impedances. Optimism may make the difference between an individual giving up far too early and that same individual following through to a successful completion.

However, the power of a positive attitude is not the same as simply “thinking good thoughts.” While that kind of approach might help to put a smile on your face, it’s not a guarantee to make bona-fide success happen. In fact, relying solely on naïve notions like, if I just believe in myself enough everything will be hunky-dory could backfire, especially if you fail to make the needed effort and take all steps necessary to ensure your project’s success.

We all should try to maintain a positive outlook in our mindset but we shouldn’t delude ourselves into believing mere optimism will be enough to overcome each and every obstacle standing in our way. Idealism can’t prevent or solve actual problems by itself. It just makes the task a more pleasant experience.

THE POWER OF PERSEVERANCE

The producers of “Back to the Future,” “E.T., the Extra-Terrestrial” and “The Breakfast Club” all faced seemingly insurmountable challenges getting their pictures produced. Yet they all persevered to create seminal touchstone films that did extremely well with critics and in theaters… in spite of their many naysayers.  Naysayers who either pulled their financial support, or openly criticized the scripts, resulting in three different studios each placing one of these storied feature film projects in turnaround.

Turnaround is Hollywood-speak describing the status of a film when a studio decides not to develop the project further and offers it up for sale to other studios to recoup its development costs. The list of such films that have gone through turnaround is longer than you might think.

A DARK FILM WITH A LUCKY STREAK

There are exceptions however, and it can be useful to take a look at why things turn out better for some filmmakers than for others.

Take for example the 2014 feature, “Nightcrawler” starring Jake Gyllenhaal. The film’s storyline itself is a case study in the power of positive thinking. And when you layer on the intelligence, hard work and perseverance of the film’s lead character, his success is all but assured.

It should be noted that there was another reason for writer/director Dan Gilroy’s optimism as he worked to get “Nightcrawler” produced: He got lucky!

It may be hard to fathom, given the difficulty most producers experience getting their projects into production, that “Nightcrawler” was green-lit based solely on the strength of one three-minute teaser film. That teaser started a fierce bidding war at Cannes, all without the film having ever been screened for an audience. Some might say “Nightcrawler” was the fastest-tracked Hollywood motion picture ever made.

Luck may have played a part but the film’s success was no accident. Such was the authenticity, originality and timeliness of the “Nightcrawler” screenplay that Tom Ortenberg of Open Road Films bought the rights to the picture sight unseen. That’s right, Ortenberg would not see his completed picture until it was already in distribution but it’s safe to say he was not disappointed.

Perhaps the stars aligned; or maybe the development gods smiled down? Either way, writer/director Dan Gilroy was fortunate to cast an outstanding young actor, then 27 year-old Jake Gyllenhaal, to play the lead.

WHY THE LEAD SUCCEEDS

Gyllenhaal’s Louis “Lou” Bloom is a highly intelligent and motivated sociopath whose ambition, work ethic and insight far exceed what we would view as normal human behavior. Not unlike John Huston’s infamous character in Roman Polanski’s 1972 film, “Chinatown.”

NOAH CROSS: “You see, Mr. Gittes, most people never have to face the fact that at the right time and right place, they’re capable of anything.”

Lou parrots liberally from various Internet sources to stay motivated and to help motivate others he wants to manipulate.  Once he commits to a goal, Lou positively pursues it ruthlessly and with a vengeance.

THE AUDACIOUS PERSISTENCE OF LOU BLOOM

If you’ve seen the film you know Lou Bloom is an especially persistent individual. Take for example the opening scene when Lou asks a scrapyard manager, to whom he has just sold a pair of stolen manhole covers, to give him a job.

JAKE: “Excuse me. I’m looking for a job. In fact I’ve made up my mind to find a career that I can learn and grow into. Who am I? I’m a hard worker; I set high goals; and I’m told that I’m persistent.”

To shamelessly expect a potential employer to overlook the fact that he is dealing with a thief suggests a kind of confidence and conceit few of us could even imagine let alone muster.

“Now I’m not fooling myself, sir. Having been raised with a self-esteem movement so popular in schools, I used to expect my needs needed to be considered.  But I know that today’s job culture no longer caters to the job loyalty that could be promised to earlier generations.”

In an extraordinarily well-rehearsed, self-promotional pitch, Lou reveals, through his own unique style of admission, that he has a changed point-of-view recognizing society’s good intentions haven’t done him any favors.

“What I believe, sir is that good things come to those who work their asses off: That good people, such as yourself, who have reached the top of the mountain didn’t just fall there. My motto is, if you want to win the lottery you have to make the money to buy a ticket.”

At this point Lou may realize he has no chance of landing a job yet he courageously marches forth anyway, boasting proudly of his work ethic while flattering his mark and asking for money… all in the same breath.

We can take a lesson from Lou Bloom’s positive thinking, if little else.

The scrapyard manager might not hire a thief but the producers managed to find another extraordinary use for this clever, self-promotion scene. Check out the video résumé Lou Bloom posted on Craigslist just prior to the film’s 2014 release.

CAPTION: My name is Lou Bloom. I’m looking for full-time employment. No job too big or too small. I have my own car and phone. Persistent, punctual, polite and hardworking. Will work nights. Please take a look at my video resume:

According to Wiki, “Nightcrawler” – despite its relatively low production budget of $8.5 million – would eventually earn $18 million in international territories, and when combined with its North American sales, would earn a total of $50.3 million. Ortenberg believes that “Nightcrawler” was able to succeed at the box office largely through word-of-mouth marketing. You can be sure a cleverly conceived video résumé for Lou Bloom going viral didn’t hurt the cause either.

As they record, TV News Producer Nina Romina (beautifully played by Dan Gilroy’s wife, Renee Russo) rolls up the score in a never-ending chase to capture higher viewer ratings for her station, with Lou’s graphic footage propelling each and every broadcast.

By the time the “Nightcrawler” credits roll we’ve learned the depths to which an individual can be willing to go to fulfill his definition of success, regardless of the cost of that success to others. That’s exactly what Lou Bloom does and does so brilliantly.

“Nightcrawler” may well be a kind of success story but it serves primarily as a cautionary tale, making clear how a fully compromised sociopath can gain financial success and power over others who may be less fortunate, like poor Rick, who, thanks to Lou’s indifference and lack of morality, fails to even make it to the end of the picture.

Like Mephisto, the cost to Lou for this success might be the loss of his soul but if we’re being totally honest, Mr. Bloom probably never had one to begin with.