Portland, Oregon — You may or may not already know that Portland is known as one of the most hipster-friendly and environmentally savvy cities anywhere — but did you also know that the Portland area is a major media production center with films like “Stand By Me,” “Twilight,“ “Corpse Bride” and the quirky but popular TV series “Portlandia“ all having been or being produced around here.

If you are planning to shoot a feature film, commercial, industrial spot, music video, or any other film or video project, Blare Media can help with your Portland video production. We use only state-of-the-art cameras with 5k and high-definition capture, professional crews, and the best post-production tools to impress your intended audience and make a lasting impression.

In and around Portland lies a number of largely untapped film locations and video facilities that are easy to access and production friendly. The Portland area is also home to the Portland Horror Film Festival, which claims, “We’re NOT a shill for studios/sponsors – We’re not interested in the next franchise horror film, and our screenings can’t be bought. We show only films from indie creators and small studios with new ideas, selected primarily from submissions with a tiny handful of invited films.“ However, if horror isn’t your thing, the Portland Horror Film Festival is just one of a dozen film festivals that call Portland, Oregon home.

But perhaps the two biggest factors that make Portland so production friendly are its range of unique film locations and professional production facilities. Need a late-1940s era gas station, complete with a trio of porcelain pumps and a porch swing? Send your location scout out the restored Flying-A filling station in nearby Gladstone. Looking for a village of rustic, log cabins deep in the woods? Then you need to add Still th’Air in Rhododendron on the slopes of Mount Hood to your location scout’s itinerary. Or say you want to keep your crews in Portland and find a 400-acre, heavily forested urban park to set your next Twilight-inspired feature: Check out the historic hillsides of Washington Park a mile from downtown Portland for inspiration. Or perhaps your production really needs a 1930s era small-town diner like the one seen in “Five Easy Pieces.” Then be sure to send your scout for the short drive above Portland to the Skyline Restaurant to take interior and exterior shots of this small single-story restaurant at intersection of Skyline and Cornell Road.

Or perhaps you need a real sound stage with all the bells and whistles: Picture This Production Services and Sound Stage has it all including state-of-the-art in-camera LED VFX production. Portland also offers Blare Media, as well as other production crews, a number of recording studios and equipment rental facilities, making Portland an ideal city for filmmakers to mount their productions.

To learn more about the many benefits of locating your production in Portland, check out the Portland Film Office website for more information on facilities, locations, permits and all the rest.
https://www.portlandfilmoffice.com/about 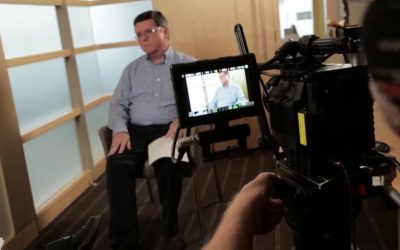 Sometimes when we do interviews for clients it’s a difficult thing to get the people to give us genuine, clear and heartwarming...