San Diego has the best of both worlds. As the seventh largest city in the nation, it is a culturally diverse, major metropolitan center. Yet San Diego has avoided the sprawl and gloom of other major cities. A pleasant mix of canyons, valleys and mesas allow the city to breathe, giving it that small town feel. Blare Media looks forward to working with you in San Diego on any production from major feature films and television series to corporate videos, television commercials, music videos and documentaries. Contact us today for your next San Diego video project!

BLARE Media San Diego is a video production company focused on delivering affordable quality. Set out to achieve the best quality for your money. After 10 years of servicing Northern California, Los Angeles market and Las Vegas we able out to now bring the same level of expertise to the rest of Southern California. 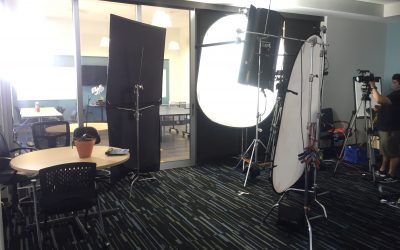 We worked with Rare Partners from the EU to film interviews and broll for a virtual presentation. We sent the footage via MASV and also did a zoom call during the shoot with the CEO and CTO so our friends from the EU could check the look of the shots and listen to the...