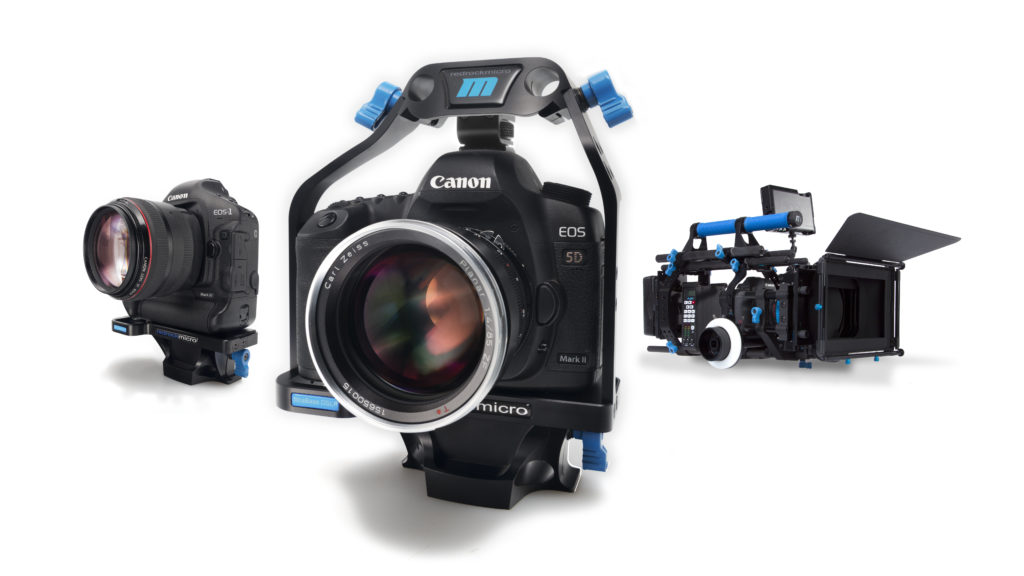 dSLR cameras allow just about anybody with a couple grand to capture high-definition footage with big-budget looks such as depth-of-field, motion blur and deep, rich colors. One thing which dSLR shooters still struggle with is getting steady handheld or dolly tracking shots without investing in a pro stabilization system or building a cumbersome PVC track on which to roll their rig. Due to budget and time constraints, most of us just want to shoot and go.

So what are the options for those of us unwilling or unable to shell out for even a more affordable low-end stabilization rig such as the Merlin Steadicam or the el-cheapo homemade ones on eBay? Just shoot everything cinema verité style and give everyone a headache? Well, fortunately, there are a few inexpensive or even free ways to get steady shots both during production and in post.

Handheld stabilization systems use a system of counterweights that balance out the mass of the camera and allow it to “float.” Contrary to popular belief, it’s not the gyroscope found on some models that smooths out the shot, it’s actually the weights. The gyro would be useless without them. The small mass of dSLRs allows for the same counterweight principle to be used with any lightweight tripod, without adding weights, when you are in a pinch.

Disclaimer: if you have a heavy lens, attached monitor, or anything else heavy on the camera body, this probably won’t work. You also need a relatively light tripod, or even better, a light monopod to make this work without getting fatigued quickly while holding the camera.

First, mount your dSLR onto your tripod/monopod as usual. Next, extend your index finger as if you are pointing at someone and lie the tripod/monopod on it, sliding the tripod up and down until it is perfectly balanced while lying on your index finger. (For safety, do this step over your bed or couch in case you drop your camera.) You may have to extend the tripod or monopod leg(s) for heavier cameras to achieve balance. Once you have it balanced, make note of the exact point where your finger touches the tripod/monopod. Put some gaff tape or something to mark it if you like.

Now, straighten out the tripod and camera as if you were about to start filming, holding at exactly the same spot where it was balanced when it was on your finger. For best results, try to hold it rather lightly with maybe your thumb and index and middle fingers, not your whole hand. You can now walk around while shooting, and even jump up and down, and your shots will be remarkably shake-free. It takes some practice to keep it level, but this method rocks once you get the hang of it.

Let Your Software Fix It

Way cheaper than most hardware stabilization systems are third-party plugins available for your video editor. You don’t even need these tools if you are adept at using things like Track Motion in After Effects, but for a quick and easy fix, nothing beats them. Popular ones include proDAD’s Mercalli and New Blue’s Stabilizer which run from $99 to $200 depending on configuration (standalone or plugin). Another option is the free Deshaker for Virtualdub.

To use, simply choose the plugin from your effects folder and drop it onto the clip you want to stabilize. Each program allows you to tweak settings and you will have to play with each clip to get a result you like. Stabilization in post-production will usually require a bit of zooming in order to eliminate a shaky black border that results from the process. This will degrade the image slightly by introducing a bit of blur, but the improvement in smoothness can be quite remarkable to behold and usually worth the slight loss in resolution.