HA! The Basics of Comedy for Film 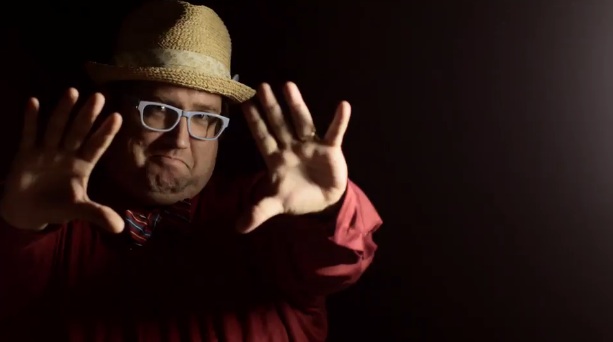 Here are some fundamental things to keep in mind when writing, directing and editing comedy for the screen. This relates to any sort of video production. Whether it’s a commercial, narrative or corporate video, humor can be one of the most useful of storytelling devices. Check out these helpful hints and improve the comedy on your next video.

1. Brevity is the soul of wit. Always be conscious of rhythm, timing and tightness. As you edit you’ll often find that a scene with five jokes often plays better with three tighter jokes. For that matter, they can be the same three jokes but when they are less diluted and more rhythmic they will just play stronger. A common theme in comedy is the rule of threes. This comes into play often in these scenarios. Typically the laughs are medium then small then big. A fourth iteration of a joke often kills the punch of the third part and a missing third part often leaves the second part feeling unfulfilled. As you construct scenes and write jokes this will start to make more sense. Cut tight, get in late and leave early and try to keep it snappy.

2. Keep it real. Great comedy almost always comes from great characters and great characters almost always stay true to themselves. They can be straight arrows or screw-ups, brilliant minds or numbskulls. The important thing is to have them behave the way they are designed to behave unless there is an external stimuli to prompt them to make a decision to behave the other way. Your characters should always want something. Characters feel false (and get quickly tiresome) if they do things against their character just to get a cheap laugh. It may get a laugh, but in the long run it never pays off. People love stupid characters but usually only if they are preservationists and think they are smart. The moment they start doing things for no reason that will obviously hurt them is the moment that you just feel bad for them or awkward about the situation. You have to remember that truly stupid people in real life have to have a sort of self-sustaining quality that keeps them afloat. Either that or they would have already perished. The simple thing to remember is that the stupidest character is always the funniest if they think they are the smartest.

3. Be aware of the trigger that makes an audience laugh. It is common to make a scene that plays as funny but never arrives at a distinctive moment that actually gets a laugh. As you progress you’ll see the differences between funny scenes and laugh-worthy moments. They are not always the same thing, but one does beget the other. Look for the “button”, the moment that makes a scene come together just right and feel complete. You’ll usually know when you’ve found it. If you feel deep down that a scene feels like it hangs at the end then find a way to clip it just right because an audience will most likely share your feeling if you don’t.

4. Different people laugh at different things and so it’s important to densely layer your comedy. This includes sight gags, subtle innuendos, small jokes and satire. Think about everything and find ways to strategically heighten your scenes with layers of humor. It’s important and if anyone ends up watching your material multiple times then that kind of attention to detail will pay dividends. It’s important to understand the type of comedy that you are intending to leverage but to also utilize bits of other types as long as it feels true to the overall piece.

5. Don’t cram everything full of music. Sometimes you will need awkward pauses and moments of silence to give an audience time to laugh. Music can often carry you right through an important joke without giving the audience a chance to absorb it. The flip side of the coin is that music is often needed to carry the audience through a scene because comedies are often a bit short on plot and lose momentum at times. Because of this, the decision of when to have music and scoring is perhaps even more important for comedies than it is for other genres.

6. Know why your joke is funny. If you can understand exactly what about what you’re trying to do is comedic then you’ll have a better chance of getting the joke to work. It can be a very simple explanation, but you’ll still need to have it to properly present it. Very often people have a joke in their head that is very funny, but when they get it on paper or start to edit it, it doesn’t hit in the same sort of way. It’s vital that you get the heart of what makes it funny to you so that the nonsense that also seems funny can be pushed to the wayside and not allowed to dilute what is really the funniest part.

7. Don’t rehash old jokes. Always try to put a new spin on a piece of comedy and find ways to take the audience one step further in a direction they wouldn’t expect. People like to be surprised and the best way to do this is to get all of the most obvious jokes out of the way. It’s often useful to decide what kinds of laughs you don’t want to get so that you can hone in on the ones you do.

8. Dissect the humor and movies you like. Try to find out what makes them tick and what it’s all about. See what worked for you and what didn’t. Even the greatest comedies will have bits that fail or fall flat. Try to figure those out and you’ll be well on your way.

Well that’s it for this blog. It’s hard to be a master of comedy and I certainly don’t claim to be but with these tips I hope you can find ways to write shoot and edit the best types of comedy that will make your video productions highly successful.