8 Things That Nearly Every Mockumentary Gets Wrong 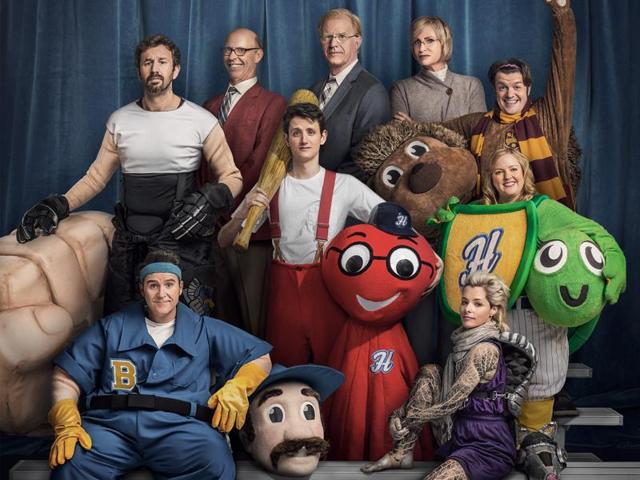 I watched a lot of fake documentaries in preparation for Brick MADNESS – Like 50 or so feature-length ones. That’s around 75 hours of “work” and I say that because many of them were pretty bad. I have a soft spot in my heart because I feel for these filmmakers and live vicariously through them, but many of the films were still really weak. In my opinion, here’s why:

1. The “We are super smart and never do anything stupid around here” line. This is one of the most overused mockumentary cliches which happens when somebody who is typically seen as a social outcast, nerd or freak is being interviewed and talking about how cool, normal, or regular they in fact are. In 9 out of 10 mocks this shot of the character talking will be followed by someone else doing something “outrageous”, “wacky” or “silly.” That is always the joke. Actor says something average, then they show something that is the exact opposite which is supposed to make the audience laugh because the character is so hopelessly out of touch and the people in the group that the story is about really are that “wild and crazy.” It’s a tired joke, it’s obvious and they are telegraphed a mile away. This one needs to stop.

2. Is this camera on? Can I cuss? You’re going to edit this, right? This is not a bad joke per se but it’s just been done to death. It’s a little funny, but why should any writer or filmmaker settle for anything that is only that? This trope can have a basis in reality, but a clever filmmaker will find a way to use these types of generic situations to his/her advantage by taking the joke one step further and taking it in the exact opposite direction or by doing a meta joke about the understanding of the tried and true situation.

3. The characters seem like they exist solely for the sake of the mock itself. This rule applies for almost any film, but they often screw it up worse here. In the real-world of documentaries, all the characters have real lives, real relationships and real wants and needs. In the wrong world of documentaries the characters and their dialogue will seem like they had no purpose other than appearing in that scene. I like to think of the characters as having done and said and participated in even funnier or more poignant things than were ever able to be put in the movie. I like to approach the writing like the filmmakers didn’t see everything they really wanted to see and that the answers aren’t usually very simple.

4. Cameras appear in places that a documentary crew would never be. This is one of those items that most of the audience may never notice, but I do have a definite theory that it still all adds up. The more a mock tries to become a real doc with respect to filming logistics, the more it will feel genuine and the more the suspension of disbelief will allow the viewer to see these characters as real people. A good example of this was in “The Grand.” There are many scenes in this movie that just don’t feel right and that’s because many of them are shot like a normal narrative film. The camera is always in the exact right place, there are cameras waiting inside locked hotel rooms we’ve never been in, waiting for people to walk through the door and there are random dolly shots that capture people in epic Wes Anderson’esque tableaux at just the right moment. Those types of things are great for narratives but death for mockumentaries. But then again, The Grand unfortunately gets a lot of things wrong. For a movie with so many stars and recognizable faces the film manages to do a few very bad things: 1) You don’t really care about the characters and 2) Each one is more “kooky” than the last. Which brings me to my next point.

5. “Kooky” is hard. Every time a character does something in your mock that is basically unimaginable in real-life it makes it that much harder to believe or care about anything else that happens in the movie. My #1 rule when writing is to understand what the characters want and what they will do to get it. Characters that do outlandish, silly and over-the-top funny things rarely look like they want anything. They usually just look like they are performing for the scene because the writers thought that would be “the funniest thing ever!” You only get one or two of these in a movie though and after that the audience will start to hate you for it. Why? Because it doesn’t seem true. Truth is always the most important thing in any kind of art. Having characters acting true to themselves is always of premiere importance. Sometime that means that they will act really, really, stupid and make terribly idiotic decisions. That is fine – but only if it is true to their characters. People do dumb sh** all the time, they just don’t usually do it to knowingly hurt themselves. And if they do, it’s probably not that funny and you might as well be making a scripted drama. The dumbest ideas must come from a character that thinks it’s the greatest idea in the world. The more the character thinks it will succeed, the more ridiculous the idea can be. If they’re just doing something self-defeating for the sake of a joke, that’s when the film is in trouble.

6. Don’t overdo the interview. You will quickly realize while watching the best documentaries that interviews are used when important but pretty sparingly. Either that or the people being interviewed are talking about something so unbelievable that what they are saying is spellbinding. The problem is that most mocks are comedies and ‘spellbinding’ is not usually synonymous with ‘funny.’ In mocks, the characters can often talk to the camera and narrate, but in the good ones, they won’t be sitting in an interview situation and talking directly to the director. It’s boring, it usually can’t be that funny, and it makes the viewer restless pretty quickly. It’s important to focus on what story can be told outside of the bounds of the sit down interview and how much of the dialogue can be seen from a detached vantage point. That’s when the audience gets to feel voyeuristic and really get at the best of what a documentary has to offer.

7. Stereotypes are not usually your friend. Characters work because they take our preconceptions and change them enough to help us experience the familiar in an unfamiliar and more satisfying way. By having “The Russian Girl” in a competition that acts and behaves like a prototypical American version of a Russian person by talking about drinking Vodka, communism, having a name like Ivanka, Olga or Natalya you are simply reinforcing what the audience expects from these characters. This is rarely funny. Does it seem funny to take an American named John and have him talking about eating hamburgers, working at a desk at a medium-sized business, and watching football on the weekends? That seems pretty dull to me. Is that what most American males in their 30’s effectively do? Probably, but there’s nothing inherently funny about it. Why would combining the Russian girl with an accent, a joke about drinking and a temptress (Svetlana) or overbearing and brutish (Olga) persona bring anything new to the table? It won’t, and it should be avoided at all costs. The first thing I come up with as a writer is probably wrong. That’s because by definition, it’s the most obvious thing and typically the same thing that nearly every other writer will come up with as well. Either forego the stereotypes or turn them on their head, that’s the only real way to write something unique and unexpected, and that’s usually the best way to get a laugh.

8. Don’t overuse the genre too much. The mockumentary production format has a lot of built-in funny ideas and interesting story-telling dynamics but that doesn’t mean that all you have to do is to “make a mockumentary” and it will automatically have some inherent comedy. The best movie you can make will be one that leverages that usefulness of the genre into something that people are comfortable with but feel like they haven’t seen before. When making a movie you must always ask yourself a question, “Why is this story one that I am uniquely suited to tell?” I think an equally useful question would be, “Why is the mockumentary format one that is uniquely suited to tell this story?”