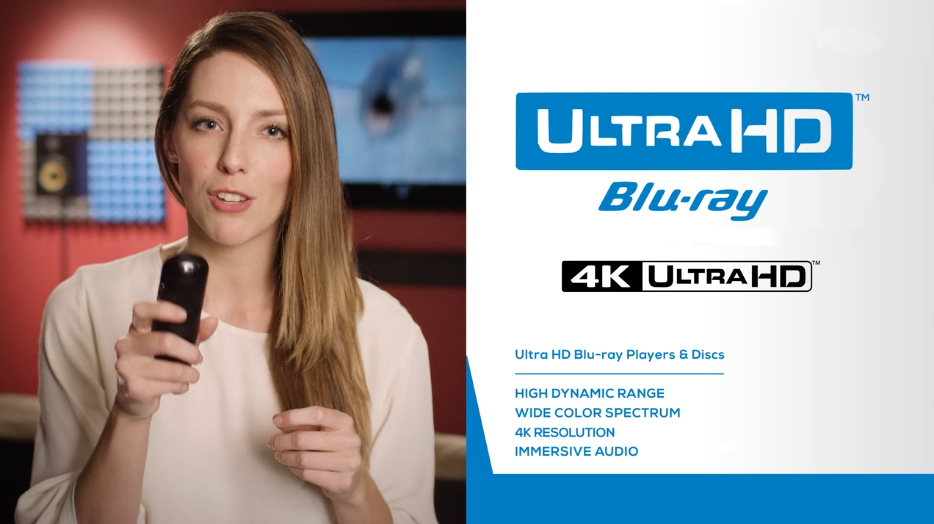 When the tech-savvy experts from the Blu-ray Disc Association contacted Blare Media they posed two problems: The first, how best to demonstrate the superiority of 4K Ultra HD Blu-ray disc technology in a standard definition environment; the second challenge was how to authentically explain the wide range of benefits of this advanced technology in an engaging manner that would be understood and appreciated by consumers and techies alike.

The first and more technical issue was resolved in part by our own deep understanding of video and audio technology. Blare Media routinely produces videos in 4K HD so we are experts in overcoming its challenges, and taking advantage of its opportunities. By masterfully manipulating the “before and after” video and audio content provided us by The Blu-ray Association, we were able to “cheat” the look and sound to clearly demonstrate the differences in the original versus advanced disc technologies.

But to be clear, this new technology isn’t just about 4K Ultra HD video resolution: These new Blu-ray discs also feature a number of other advanced technological advancements such as a wide color spectrum, high dynamic range and immersive audio. Each of these technologies was required to be demonstrated in some detail so we chose to produce a series of five videos; the first being a comprehensive overview of all four technologies; followed by four subsequent videos, each featuring a single aspect of the technology.

We resolved our second challenge, the broader than usual target audience for the series, by casting a pair of presenters: Miss Jaci Sloan is a model consumer slash professional presenter who seemingly cares about picture and sound quality and nothing else; And the second presenter, a fast-talking, tech-savvy geek named Hephaestus who capably covers all the bases explaining the full range of 4K Ultra HD Blu-ray disc technology. And to add an element of romance, Hephaestus doesn’t miss a trick trying to impress the lovely Miss Sloan.

The result is an infotainment series that both teaches and charms us into embracing the virtues of these new, 4K Ultra HD Blu-ray disc technologies. Please give it a look to see if we accomplished our goals.

Still would like to dive a little deeper into the technologies that Blu-ray discs has to offer you say?