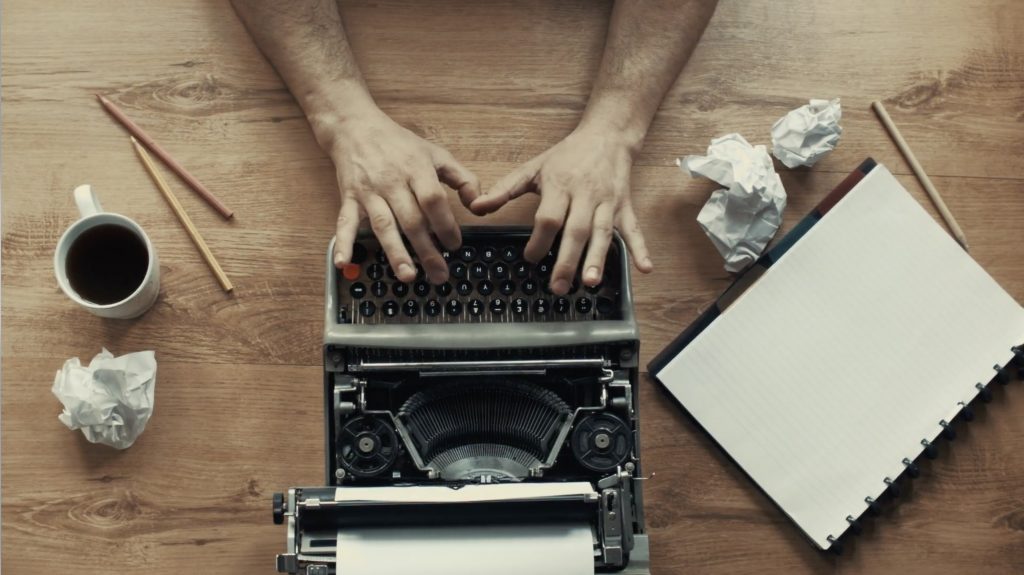 There are a number of websites that teach aspiring screenwriters the ins and outs of writing a screenplay.

However our purpose here is to help you understand the best way to write an effective script for; a TV commercial; a documentary; an online video. While both art forms seek to entertain and inform, a commercial is quite naturally a much different animal from a film.

Generally speaking, screenplays deal with dialogue, character development, the story’s arc and its plotlines. While a screenwriter’s primary goal is to entertain the audience, an advertising copywriter’s mission is more likely to inform them.

The primary objective of a commercial or video script is to extend a certain, specific influence over a viewer to ask them to consider (or reconsider) the merits of a thing – an idea, a brand, a product, a school bond issue, even a political candidate. Let’s face it: in our scripts we need be promoting something, which makes a commercial or video something akin to propaganda!

To begin, first ask yourself, what problem does our video need to solve? Which audience or demographic should we be talking to? What are the benefits of the “thing” we’re attempting to sell? Be observant, be insightful, and do your research to know what you need to communicate before you even start your script.

You can begin by writing down a detailed and organized outline for the script to follow. Here you will choose whether the audio will come from an announcer, or people in dialogue, or simply titles on screen, or both. Will the idea accommodate a metaphor? A figure of speech used to make a comparison between two things that are nothing alike but have something in common – such as, “Those guys are two peas in a pod.” The use of metaphors is often employed by writers to aid in recall and/or clarification of an idea or concept.

When you begin writing the script, make sure the opening scene arouses related viewer interest – right from the beginning. That’s what’s often referred to as the “hook.” You must draw the viewer into your story quickly and from the start.

Once you’ve set the hook, you’re ready to write the remainder of the script. Here is a list of issues that should be considered when writing any script.

Once you’ve got a rough draft of the script, read and reread it over and over. Check yourself by playing “devils advocate” in order to iron out any the transitions, which may or may not be working.

And as a final check, go back to your initial outline and compare it to your script. Is it too long? Is it too short? Is the script incomplete? Did you leave out some important information or legal disclaimer? Now is the time to become super critical and polish your script until you feel it’s ready to record.

Why the world needs your documentary NOW