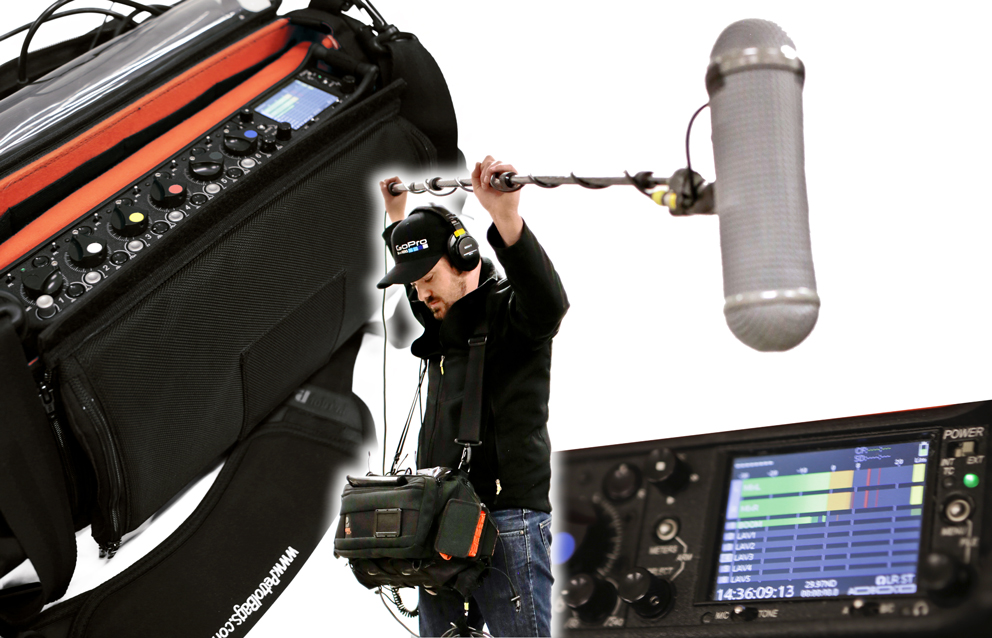 WARNING TO AUDIOPHILES: This article may induce excitement!

Our newest gadget, the Sound Devices 664 Six-Channel Portable Production Mixer with Integrated Recorder is a highly portable, highly professional digital audio recording masterpiece. Not only does this open up new capabilities or live event recording but also transfers easily to narrative movie projects and everything in between.

This is a field mixer meant to be held by a strap around your neck, but it’s features put this hardcore film making toy above the rest. Like a standard mixer, it can accept both mic or line level inputs, while providing a loopthrough output of any input. Not only does it accept analog, it also accepts AES digital audio. The front panel has standard trim pots, panning and level knobs, but it also features pre fader listen and high pass filter adjustments much like a larger studio mixer. This thing real does have it all.

On the output side, it has AUX buses, 3 camera sends,  2 headphone outs, 2 tape outs and 2 master outs. It has WORD clock loop through, it accepts and sends timecode. and has COM ports in and out.

Within the LCD based menu, it has advanced features such as limiters, high pass filters, and has routing features to swap sends on outputs.

Once recording, it can record 10 different tracks at once, one for each input and one for each mixed output.  It records on CF and/or SD cards. You can assign both cards to record in different formats, such as WAV on the CF and MP3 on the SD. Best of all, being how this mixer is meant to be used for video, it supports multiple timecode frame rates such as 23.976, 24, 25, 29.97DF, 29.97ND, 30DF, and 30ND.

With all of that said, the Sound Devices 664 is a all-in-one portable mixer that can do a live band, a group of lav mics, a panel discussion, and a feature film back to back. This horsepower would be nothing without a full compliment of shotgun, lavaliere and wireless mic systems, boom poles, headphones and accessories. If you want sound done right we have the gear and expertise to get the job done!