Positive Thinking in an Age of a Pandemic 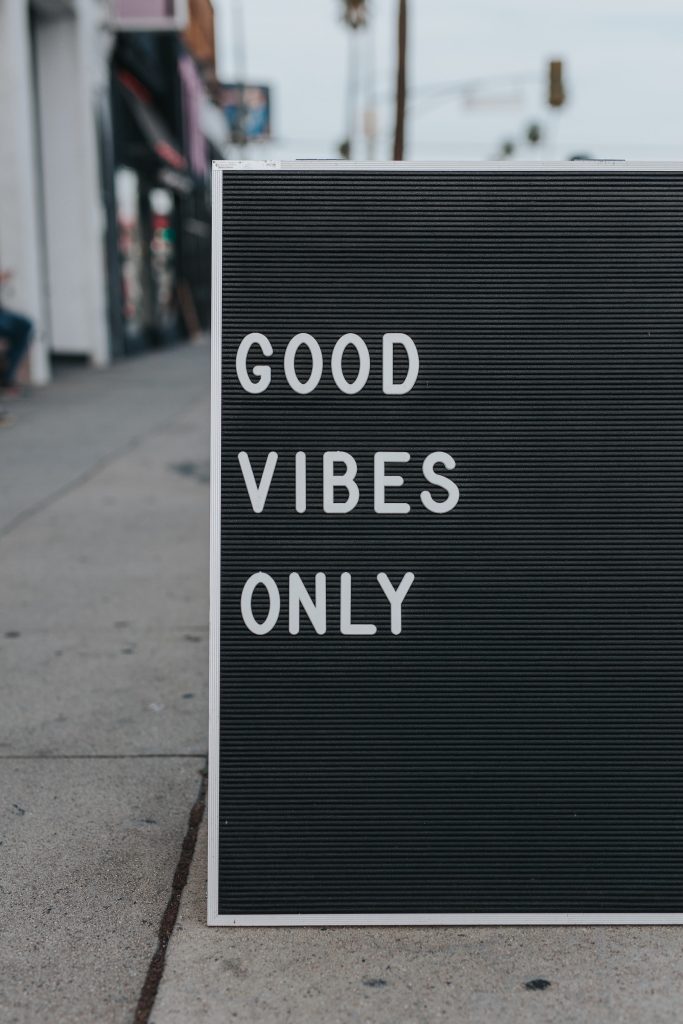 Have you ever been accused of projecting a negative attitude? Has your outlook grown increasingly darker and more pessimistic as the past year dragged on? Is it becoming more and more difficult for you to see a proverbial silver lining backlighting so many dark clouds? And finally, do you find yourself guilty of catastrophizing, fearing things may be far worse than they actually are?

YOU ARE NOT ALONE

Given the current state of the film production world in which we now find ourselves, such accusations may well become more and more frequent as we all struggle to come face-to-face with our predicament. Our fears can appear increasingly justified, especially given the state of the film and video industry with the cancellation and/or postponement of so many important film festivals and their migration from actual film screenings in theaters to online video platform releases.

The root of such negative feelings is a fear of failure largely but also of the uncertainty that the pandemic has wrought. Will the movie business ever be the same? Only time will tell but in the meantime there’s plenty to do.

TIME FOR AN ATTITUDE ADJUSTMENT

To overcome such negative emotions and feelings of self-doubt producers, directors and actors all need to start listening to the major chords and avoiding the minor ones. They’ll need to make a concerted effort to wrest control of their emotions from these darker forces now in play.

That’s right, we’re talking about establishing a degree of emotional self-control and projecting a more positive outlook back into the world: An attitude that will let us experience more joy, more happiness and more beauty in our daily lives and prepare us for a time when making movies returns to some kind of normalcy.

If this is the kind of optimism you seek, let us offer some hopeful words of encouragement and a few strategies by which you can begin to make some positive changes in your attitude.

If you are already blessed with a Pollyanna attitude you probably wouldn’t be reading this right now. Rather, your practice of self-love would have already created the ideal conditions for you to become more upbeat, more positive, have more confidence in yourself, be more successful and be in better control of our five core emotions — joy, sadness, fear, anger, and disgust.

That’s right, practicing self-love is the first step toward being loved by others and the key to commanding greater respect from our peers. It all cascades from our own positive thoughts, emotions and unconditional love of self.

To make any positive changes in our lives we’ll need to make a commitment to do so and to do it with high levels of enthusiasm. That’s right, enthusiasm.

“An ancient Greek word, “enthusiasm” literally means “God within!” It was used to describe people who possessed god-like abilities or very strong, God-inspired, wisdom and convictions.”

Following perseverance, which we will refer to later, having Zeus within us, AKA enthusiasm, is perhaps the single most important factor in permanently changing our negative thought patterns into positive ones.

Enthusiasm can make even mundane chores seem like important tasks; it can transform a personal hobby into a career; enthusiasm can breathe new vigor into an otherwise dull life. Never underestimate the power of being enthusiastic about an idea, a script, or even your own self-worth.

“Enthusiasm is one of the most powerful engines of success. When you do a thing, do it with all your might. Put your whole soul into it. Stamp it with your own personality. Be active, be energetic, be enthusiastic and faithful, and you will accomplish your object. Nothing great was ever achieved without enthusiasm.”

In the words of writer and blogger Harish, Ralph Waldo Emerson was an American literary figure and philosopher who wrote extensively on the merits of Transcendentalism, where humans could transcend the overwhelming material world and look within their own soul for a higher power.

Emerson was also a big believer in individualism, freedom, optimism and the idea of self-reliance and was against imitation, pressures of society and traditionalism.

Emerson espoused two ideas; that humans had the power to achieve and realize almost anything; and the notion that nature is more spiritual than material.

“What lies behind us and what lies before us are tiny matters compared to what lies within us.” ― Ralph Waldo Emerson

THE POWER OF POSITIVE THINKING

Much has been written on the importance of maintaining a positive mental outlook. Norman Vincent Peale, an American minister and author, is best known for his work in popularizing the optimized thinking, especially through his best-selling book, “The Power of Positive Thinking.”

While Peale’s philosophy is more faith-based in its approach than Emerson’s, he does offer some very valuable and useful advice on how to change your thought processes through thought conditioning. Below is a list of six suggestions Peale offers to begin building more confidence in one’s self:

Our thoughts are real and dynamic so learning to harness their power is a crucial step in creating an outlook that will result in the eventual return to our normal state.  We can actually “think” our way from thoughts of despair to thoughts of success. Take a look at this list of decisive actions we can take from Peale’s book.

DOES IT REALLY WORK?

Experts have yet to determine the limits of the brain’s abilities. Some believe we may never fully understand them all. But evidence does support the existence of one of its most important processes: neuroplasticity.

“Neuroplasticity refers to the brain’s ability to restructure or rewire itself when it recognizes the need for adaption. In other words, it can continue developing and changing throughout life.” https://www.healthline.com/health/rewiring-your-brain

In 2011, a team of five psychologists from the University of Michigan and the University of North Carolina conducted a series of field experiments working with hundreds of randomly assigned adults to begin a practice of Loving-Kindness Meditation (LMK) to determine if people’s daily experiences of positive emotions compound over time to build a variety of consequential personal resources.

“Results showed that this meditation practice produced increases over time in daily experiences of positive emotions, which, in turn, produced increases in a wide range of personal resources (e.g., increased mindfulness, purpose in life, social support, decreased illness symptoms). In turn, these increments in personal resources predicted increased life satisfaction and reduced depressive symptoms. Discussion centers on how positive emotions are the mechanism of change for the type of mind-training practice studied here and how Loving-Kindness Meditation is an intervention strategy that produces positive emotions in a way that outpaces the Hedonic Treadmill Effect – the observed tendency of humans to quickly return to a relatively stable level of happiness despite major positive or negative events or life changes.”

IF AT FIRST YOU DON’T SUCCEED

Earlier in this piece we mentioned the importance of perseverance. If you’re working or want to work in film and video production, you should know that perseverance is the ability to persist in doing something in spite of obstacles: Changing one’s thoughts from negative to positive is no exception.

“Nothing in the world can take the place of persistence. Talent will not; nothing is more common than unsuccessful individuals with talent. Genius will not; unrewarded genius is almost a proverb. Education will not; the world is full of educated derelicts. Persistence and determination alone are omnipotent.”

So there you have it. Whatever the future holds for our industry as a result of this pandemic, one thing’s for sure… A positive point-of-view is key to each individual overcoming the doom and gloom that stands in his or her way.

We simply need to push through. To persist like Quentin Tarantino and Roger Avary did when TriStar Pictures rejected their script for “Pulp Fiction” with these damning words…

“This is the worst screenplay that this film company has ever been handed. This is awful. It’s not funny. It makes no sense. This guy’s dead, he’s alive. What’s going on?’”

That’s right! TriStar went ahead and put “Pulp Fiction” in turnaround, offering it to the highest bidder. However, Miramax saw its merits and snapped it up giving Tarantino an $8 million budget and nearly total creative freedom.

So go get ‘em! The most important thing you can do right now is to stay upbeat, stay positive and keep the faith, because anything is possible with enough enthusiasm and enough perseverance.