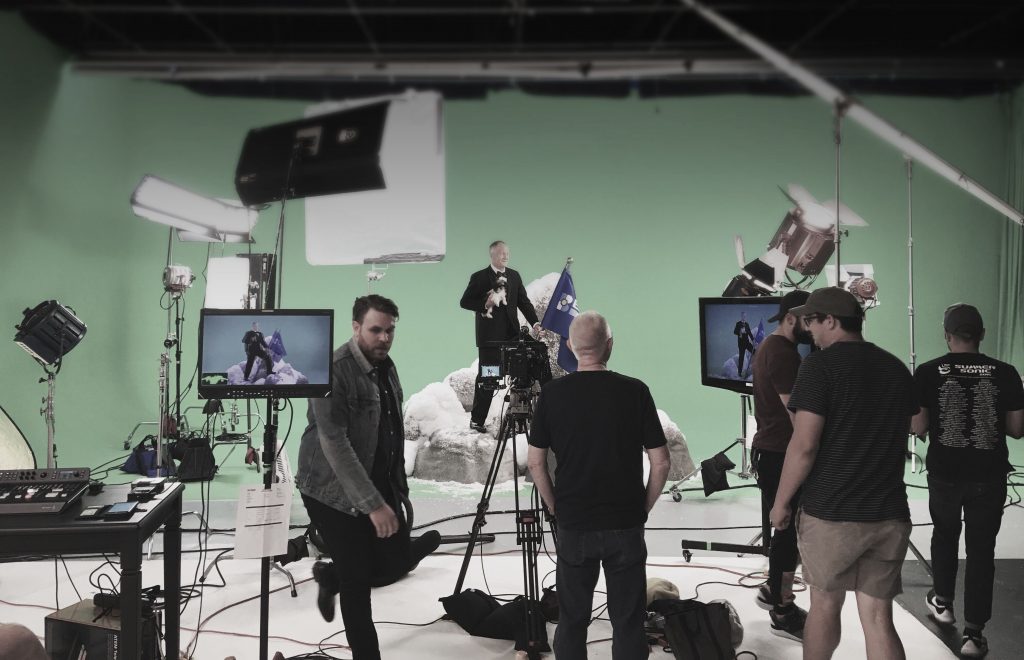 Interview with a Gaffer

Justin (Host): Hello my name is Justin McAleece with crew talk, Blare Media and this is my bro, literally, Ian McAleece.
Ian: What’s up?

Justin (Host): Yeah and he… What do you do man? What’s your job on set most of the time?
Ian: Most of the time I am in charge of lighting and lighting expert are in the industry known as a gaffer and yeah, that’s a pretty comfortable job of mine. I do a lot of other things as a lot of people do on set, but that’s my focus and my expertise.

Justin (Host): What do you like about being a gaffer?
Ian: What I like about being a gaffer is that you don’t work with people… you work with light and light only does two things. It just turns on, it goes there or it bounces off or bounces through something. No, it’s a joke because directors after work with people and different producers work with computers and stuff when you get down to it at the end of the day and I work with lights which is very satisfying. And it’s predictable but it’s also a great place for a lot of creativity.

Justin (Host): Yeah, perfect. Take me through like a couple people on set versus like a big movie set, what’s the difference in your job there?
Ian: Honestly, a couple people on set my job is probably more crucial because I might be the only person doing it sometimes. Then maybe we’ll hire a crew of four people or something and you have a director, you have a camera guy, and you have a gaffer and a sound guy and that’s pretty much like a good sized crew for a lot of things. Sometimes it’s just a one man band, you have to do everything but it’s important for the flow of the day to have separation in departments.
Ian: And if someone has to be focused on where to put the light and how to do the light thing, when they don’t want to be focused on that, then that’s going to take your whole production down in effectiveness.
Justin (Host): Totally.

Ian: I come in with my expertise and knowledge and experience with the gear and I’ll pretty much know what they want from the content. But then a quick talk of like, “Hey, what do you want it to feel like?” And they’ll be like, “Oh, yeah, this one feels really poppy or this is really moody or it’s like a… It’s an intimate or intense moment.”
Justin (Host): Yeah.

Ian: And I’ll be able to guide them almost help them achieve-
Justin (Host): I see.
Ian: … their desired picture from the lights. And- 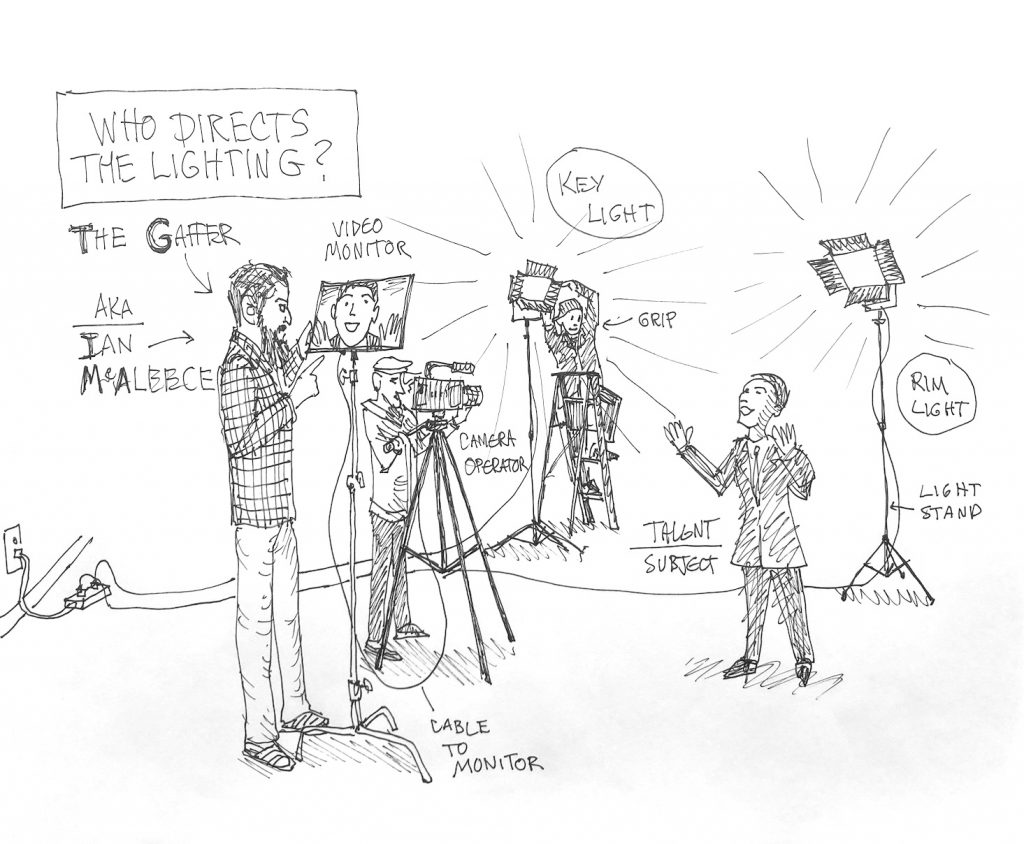 Justin (Host): How important is the mood? How much can you create with light?
Ian: Mood is really important. Like if you’re going to do 60 minutes, they get a close up on a very intense moment where someone may shed a tear or something, you don’t want disco lights in there something or it’s not going to be an EDM party at the same time.
Justin (Host): Sure, yeah.

Ian: You’re not going to have it feel like a comedy with like, very loose mediums or something and broad light everywhere you want… If someone’s talking about something intense, you want it to visually look intense as well.
Justin (Host): Totally.
Ian: To help the audience just know what they’re looking at basically.
Justin (Host): It’s sort of a language of cinema like we… Whether it’s a corporate video, or music video, a TV show, a movie, if we do it right, the viewer at home knows immediately what they’re in for, like what this thing is and what to expect. And I think that’s really important.

What does a Video Production Company do?