A Producer’s Role On & Off Set Of A Commercial Shoot 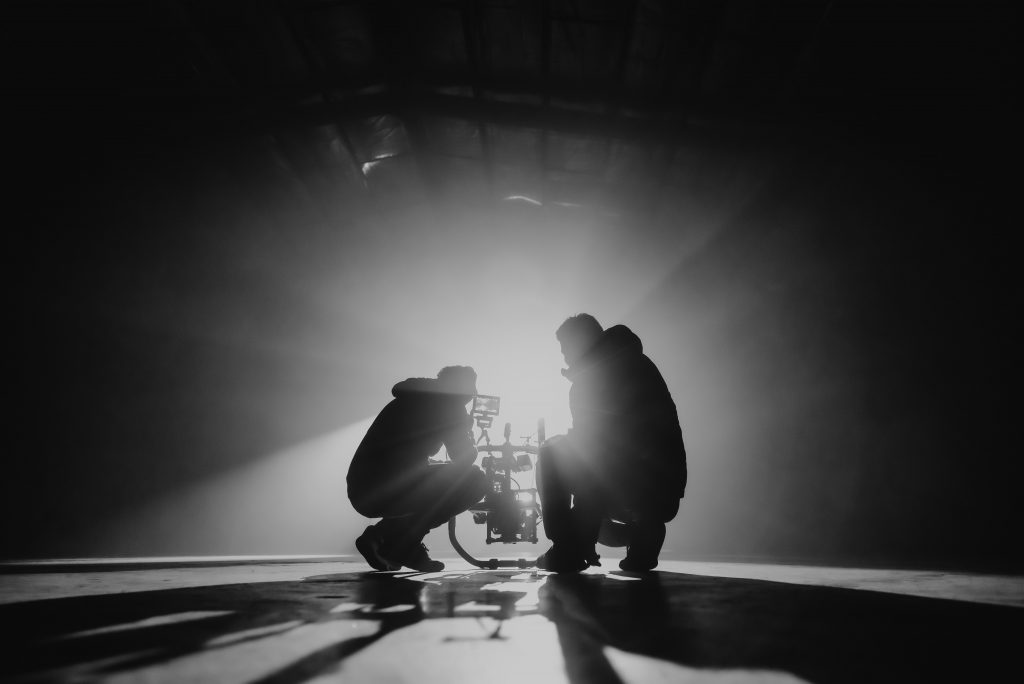 Video production is an intricate process, especially in the corporate world. Not only do your crew members need to be in sync with each other, but you also have the added responsibility of working with clients and making sure they are happy with the final product.

No matter how big or small a production is, someone on the production team has to keep everything on track, under budget, and running smoothly. That person is the producer.

To show just how instrumental the producer is to a production’s success, let’s take a look at their main responsibilities on and off set of a commercial shoot.

It’s unheard of for production teams to arrive on set with zero preparation, especially when there are so many different moving parts involved in the process.

Whether you plan on producing short- or long-form commercial videos, your team has to tick off all of the same pre-production boxes (i.e., write a script and treatment, make a shot list, create a storyboard, etc.) long before you start filming.

If you don’t do these things, it doesn’t matter how experienced your team is or how great the video concept is — issues are bound to happen.

Take away the producer (or producers), and your team will find it extremely difficult to get back on track when setbacks occur. Before you know it, you could run out of time, resources, or budget — and still not have all of the footage you need.

It’s up to the producer to make sure that this doesn’t happen.

A producer is responsible for making sure that every stage of production runs smoothly, and different types of producers bear different responsibilities.

While it’s not uncommon for multiple producers to be involved on and off set, it’s also normal for there to be just one. Ultimately, the size of the production is a deciding factor in how many producers can and should be involved.

Before breaking down a producer’s role in the production process, let’s take a look at three of the most common types of producers: an executive producer, line producer, and creative producer.

If you’re producing a major commercial production, odds are you’ll need an executive producer or two leading the charge.

An executive producer is the producer with the most say in the financial-side of production. They might personally contribute to funding the project and/or secure funding from other investors.

When it comes to the day-to-day production, this producer is more hands-off than line producers and creative producers.

A line producer joins onto a project in the early stages of pre-production, and without them, no one would get hired and no locations would be booked.

While executive producers are the ones that secure the budget, line producers are in charge of allocating the budget to hire talent, book a crew, and sort out all of the other logistical details.

Like the name suggests, a creative producer is responsible for working out the creative details and logistics for production.

This producer works alongside (and oftentimes hires) writers, directors, and actors and is responsible for turning the project’s concept into a reality. While every producer knows how production works, the creative producer is especially in-tune with the process.

A Producer’s Role On And Off Set

Source: Photo by Brands&People on Unsplash

From the start to end of any production, you can count on there being at least one producer making things happen behind-the-scenes. But the question remains: How does a producer’s role change throughout this process?

The blanket answer to this question is this: If a producer isn’t personally carrying out a task (i.e., scouting talent, hiring a crew, etc.), then they are overseeing it.

To provide more insight into a producer’s day-to-day job, let’s take a closer look at their main responsibilities in pre-production, production, and post-production.

For a commercial shoot, producers work closely with a client (i.e., a brand or business) to produce a TV commercial, social media ad, or other branded ad content.

Depending on when a producer joins onto a project, the video concept might or might not already be developed. Either way, the producer ultimately gives (or doesn’t give) the green light for pre-production to start and bases this decision on the available budget.

So if the ad concept requires a bigger budget and expensive resources that aren’t accessible, this is something that the producer will point out.

Once a concept is approved, a script and treatment are developed.

From this point, the producer will read through the treatment — which essentially lays out everything the production team needs to know — and start allocating the budget to book the talent, crew, and filming locations.

Before transitioning into production, one of the last things that a producer will do is make sure that everyone who needed to sign and submit a talent release form did so. (Because if not, there could be legal consequences when the video is distributed.)

If a production team has an assistant director, this is the person who will send out a call sheet every day of the commercial shoot. But if the team is small, this responsibility could fall on the producer’s shoulders.

Other than that, a producer’s main responsibility in both production and post-production is to oversee the progress.

The producer works closely with the director, head members of the team, and the client to make sure that everything that was planned in pre-production comes to fruition.

Up until the project’s final release, it’s a producer’s job to keep production on schedule, make sure the client is happy, and help the production team adapt if unexpected issues do happen.

There is a producer at the helm of every successful production and commercial shoot, someone who knows how to manage communications with the client, handle the budget, and oversee the production team’s progress.

So not only is the producer responsible for getting the project off the ground, they’re in charge of seeing it through to the end. It’s not a job that is suited for everyone, but that’s part of the reason why the producer is an invaluable role in any video production.

Mackenzie is a copywriter at Soundstripe, a stock music company that provides filmmakers, creators, and advertisers with royalty free background music and royalty free country music (among other genres) for video.

What does a video production company do?

A Word About Writing Corporate Videos and Commercials