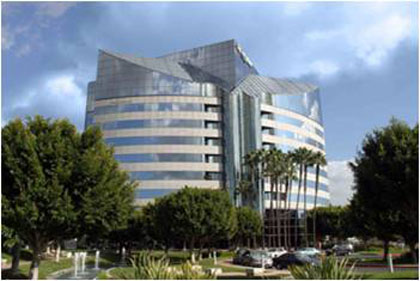 Fresno, CA (PRWEB) May 31, 2013. Blare Media, a leading video production firm headquartered in Fresno, California, announced it is growing its operations by opening two new offices in large markets. The move is in line with the firm’s strategy of opening up satellites in areas where untapped opportunities exist to produce high-quality content for local businesses searching for cost-effective solutions.

The first location is at 8880 Rio San Diego Drive, conveniently located just off of the 805 and 8 Freeways in San Diego. San Diego County enjoys a population of over 3 million residents, and is an important Southern California business center. This makes it an ideal spot to establish a physical presence for Blare, especially considering the company’s brand awareness in other major cities in the State of California. It also is quite close to the global production epicenter of Hollywood, just two hours to the north, so it is able to tap into the tremendous breadth of talent and resources available there and in surrounding areas.

The second new office is located at 6060 N. Central Expressway, Suite 560 in Dallas. Like the San Diego location, the new Dallas office is easy to get to, being conveniently located right off of Route 75. This location comes with an even greater potential for the company to acquire new business, as the Dallas-Fort Worth Metroplex is the fourth largest metropolitan area in the United States with over 6.5 million inhabitants, surpassed by only New York, Los Angeles, and Chicago.

According to co-founder and Project Manager Blake Barnett, “We are very excited to have finally opened our two new locations, which will allow us to bring Hollywood-caliber work to local businesses that might have been unable to get this level of quality previously. We have great teams and they are ready to get to work providing solutions for media production, web design, and Internet marketing challenges.”

The full addresses of the new offices are:

Blare Media’s offerings run the full gamut from films to corporate videos and TV commercials, including infomercials and trade show videos. The company prides itself on using the latest state-of-the-art digital cameras, such as the RED Epic and Canon 5d MkIII, combined with sophisticated post-production tools. These allow great image capture and final output while saving on time and costs.